People who make me think...

It's March Madness... and Wine Time. 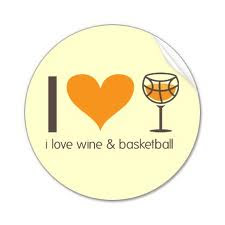 ESPN bracket challenge - password: cabernet - Join Us, and win a great bottle of wine for the top score! Use your twitter handle for quick identification. We are @tlcolson and @frankzupan.
Posted by JunkyardHR at 8:59 PM No comments:

Thanksgiving Recipes from the Family Archives

Several tweeps asked me about recipes for Thanksgiving. I've found two that usually complete the dinner table around here (when I cook) Each of these recipes have been passed down at least 2 generations. The corn pudding recipe was originally written in my great-grandmother's handwriting, and now resides in a sealed baggie.

Combine ingredients in ORDER. Pour into a 1 QT baking dish. Place in a larger pan of water. Bake at 350 for 30 to 45 mins. can be mixed a day ahead and bake later.

In a heavy saucepan, bring to a boil the sugar, cocoa, butter and milk. Let boil for 1 minute then add peanut butter, vanilla and oatmeal. On a sheet of waxed paper, drop mixture by the teaspoonfuls. Let sit until cool and hardened.

I hope you enjoy!
Bon appetite.
Posted by JunkyardHR at 8:30 PM No comments: 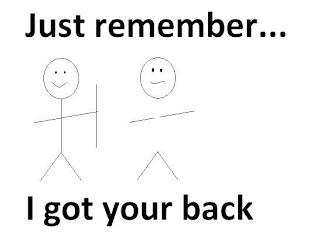 One of my ingenious peers summed things up just right this morning.
Posted by JunkyardHR at 12:10 PM No comments:

My genius chef-child is a competition winning pizza maker. This is how she does it.

Okay, so I don't like onions at all! but this pizza is the best ever!

All you have to do is saute 1 to 2 onions of your choice with any herbs you like. Id use a little more butter or Olive oil than normal- makes it so much better.

Then dice tomatoes or use canned, both are good. Mozzarella cheese, shredded, lots of it if you like a cheesy pizza like I do.

After baking the pizza dough for a little bit, put the mozzarella on the pizza dough, top with sauteed onions and place diced tomatoes on-top, The tomatoes cook down to create the sauce.

Bake for about 20-30 mins, at the temp recommended for your crust, and enjoy.

No additional sauce required and its a easy and delicious dinner.

Bon Appetit!
Posted by JunkyardHR at 3:19 PM No comments:

But I don't want to be the Policy Police - practical application

There have been extensive and lively conversations about HR not being the Policy Police and changing the way HR views itself. There has also been commentary in the blogosphere about the evils of lawyers telling us to not use social media for backgrounds on candidates because it will get us sued. The esteemed thought leaders Laurie Rueittmann, Kris Dunn and Mike VanDervort and many others have weighed in with there own thoughts on these topics.

Combining HR and technology – the next dilemma comes down the pike, wrapping all of these topics into one. North Carolina and 13 other states have banned texting and email while driving. President Obama has signed an executive order banning federal employees from the same practices. The North Carolina law goes into effect December 1, 2009.

So, the HR Professional gut instinct kicks in when I hear this and says “Lovely, another policy to write.” But the progressive, strategic and altogether libertarian and technology friendly idealist in me says “Wait – can we simply make an announcement that the law has been passed, and trust our adult employees to follow the law?”

The trick is the legal concept of respondeat superior – in that an employer may be held liable for injuries to a third person caused by the employee’s negligence.

So my employee is making sales calls, and he receives a text from a client. He responds while driving and in the course of his texting, is involved in an injury causing crash. His texting is found to be the cause of the accident under the new North Carolina law, and suddenly we are liable for the injuries to the person he hit.

How would you advise your senior management in regard to policy stance in this instance? Do you treat your employees as the adults they are, and expect them to follow the rules of the road? Or do you write the policy to include our beloved phrase “violation may result in discipline up to and including termination”?
Posted by JunkyardHR at 2:55 PM 1 comment:

From ISRI Safety this morning....
Working safely in a multicultural environment, actions really do speak louder than words.

From John Gilstrap, Director of Safety at ISRI

Anecdotal evidence shows that in the recycling industry, Hispanic workers suffer a disproportionate share of injuries. I’ve written in this space before about the importance of communicating safety in a way that is understood by all workers, but in the past, I’ve concentrated on written and oral communication. More recently, I’ve come to realize that cultural differences play a huge role in this communication
challenge.

And when I say huge, I mean huge. Unless and until we get a handle on these differences, meaningful change is going to be slow in coming. “You have to understand Latino culture in order to train them effectively,” said Bob Ramirez, principal consultant for Ramirez Associates, a firm that specializes in helping incorporate Hispanic culture into American corporations.“If you want them to take it seriously, you need to present it seriously. In Hispanic culture, what you say means less than what you show. In Spanish, we call it ‘the big wink’.” And workers are very sensitive to it.

Born in Mexico and raised in the United States before heading back to Mexico to manage manufacturing plants, Ramirez says that the cultural differences between the two countries are startling. And it starts in childhood.

“American kids are born to be independent,” Ramirez said. “They are raised to question authority, to think on their own. In Latino cultures, we depend on our parents to take care of us, for priests to tell us what is right and wrong, and for the police to tell us what is legal and illegal.”

This cultural deference, he says, extends to the workplace as well. “A Hispanic’s worth as a man is based on how we’re perceived as workers,” Ramirez explained. “And
we’re very respectful of authority. So if the boss tells a Hispanic worker to do something, he’ll assume that it’s a safe thing to do.” Even when it’s not.
“We don’t like to say no,” Ramirez says of Latino culture. “It’s considered disrespectful. So when an American boss tells a Latino worker, ‘I need you to X, Y, and Z before you go home tonight,’ the worker is likely to agree, even when he knows that there’s a family commitment that will keep him from fulfilling his promise. He’ll consider it more respectful to tell a ‘little white lie’ than to say no.”

This is a common source of conflict between Latino workers and American managers. “In the United States, people see things in black and white,” Ramirez explains, “with a tiny area in between called the gray area.” Americans quickly lose
patience with people who dwell on the gray area. (Remember wondering what the definition of “is” was?) In Latino cultures, Ramirez explains, the perception is entirely different. “In Mexico, for example, it’s well understood that there’s yes,
no, then a wide freeway called the gray area. Everyone understands this.” What they don’t understand is why their bosses don’t understand. The white lie, they believe, is better than the insult of refusal.

Consider the all-too-common half-hearted safety training class, in which lip service is given to safety, while the real emphasis remains on production. Ramirez explains that a Latino audience culturally prewired for “the big wink.” They expect the nonverbal communication to convey the “real” meaning of what people say and weigh those cues at least as heavily as they weigh the word that are spoken. When safety equipment is provided, but there’s no emphasis on wearing it, everyone understands
that they’re expected not to use it. Come to think of it, that response is
common to all cultures. Still, there is a Latino cultural barrier to wearing safety equipment.

“In general, Hispanics believe that everything has been preordained,” Ramirez said. “If God wants you to die, you’re going to die. Therefore, what’s the use of taking steps that make you appear to be a bad worker?” Add to that the fact that the
Hispanic workforce in the United States is overall quite young, complete with the sense of indestructibility that comes with youth, and it’s easy to see why there might be resistance to hard hats and safety glasses.

In Hispanic culture, it seems that directions are in large measure negotiations. “You need to ask the question the right way,” Ramirez explained. “A fellow Hispanic supervisor might say, ‘We have this job to do, can you stay?’ and then he’ll watch for the [nonverbal] signs. The worker still might not say no,
but if he can’t stay, he’ll hem and haw, and this is the signal. The supervisor will then give him a graceful way out.” Or, if the job is really essential, the supervisor will explain the importance of staying.

I’ve said it before, folks: at the root of every unsafe act is a worker’s self-perceived best interest. When it comes to a multicultural workforce, the title of this column says it all: Actions speak louder than words.
Posted by JunkyardHR at 11:26 AM No comments:

From www.isri.org this morning - How to motivate employees in a slow economy.
Our people are our most important asset. No, they really can't be replaced by cleaper, less experienced labor in the downturn and then brought back in the upturn.

Even when times are tough financially and incentive bonuses are out of the question, we still need to find ways to encourage employees to maintain a safe and healthful workplace. Sometimes, simple recognition for a job well done is all that is needed. Here are some low-cost motivators to help keep workers in the game:

• Write a letter of commendation
• Ask employees for input/advice
• Give verbal praise
• Pass along compliments you received from others
• Write an email to a superior and copy the employee
• Put positive information in the employee’s productivity file
• Provide quick follow up on problems/hazards when recognized
• Post positive achievements on a safety bulletin board or in an employee newsletter
• Say thank you — And MEAN IT
• Allow flexible work scheduling (flextime)
• Designate special parking places
• Give out awards — e.g., plaques, trophies, certificates
• Feature an employee of the month
• Recognize peers who have helped you
• Have a coffee/juice morning to acknowledge accomplishments
• Create group awards to recognize teamwork
• Thank somebody who contributes ideas — regardless of whether you use the idea
• Always give others credit where credit is due
• ASK the employees how they want to be recognized
• Post complimentary letters on a safety bulletin board
• Send employees to special seminars and workshops that may interest them

When workers feel better about themselves, they tend to take an interest in their work and their company. This loyalty leads to longevity. Longevity leads to experience. Experience is an important element in working . . .
SAFELY, OR NOT AT ALL.
Posted by JunkyardHR at 8:29 AM No comments: